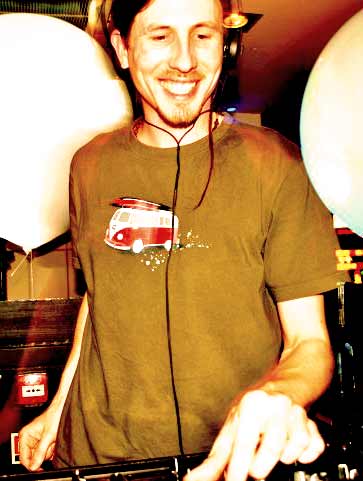 Damn first took to the turntables during the mid-1990's after falling in love with the sounds of breakbeat hardcore and jungle music. The rest of the decade was consumed by raves, tape packs and record shops. As the new millennium arrived his ears fell upon mixes by Plump DJs and Krafty Kuts and he quickly became an avid collector of the 'nu skool breaks' sound.

The early 2000's saw Damn cutting his DJ teeth as part of the UK's free party / rave movement and in 2006 began hosting Delta Connection parties with djs Mary Miss Fairy and Skaface. The monthly event at Alberry's in Canterbury brought artists such as Far Too Loud, Rektchordz, D-Ranged and Robosapiens to what DJ Mag called "Kent's Premier Breakbeat Event".

In 2009 Damn was approached by long-time rave buddy a9ent0ran9e and DJ Will MD to appear as a guest on their 'Thank Phat it's Friday' show on the infamous NSB Radio station. He became a permanent member of the team the next year and continued to co-host the popular show until it's end in 2016.